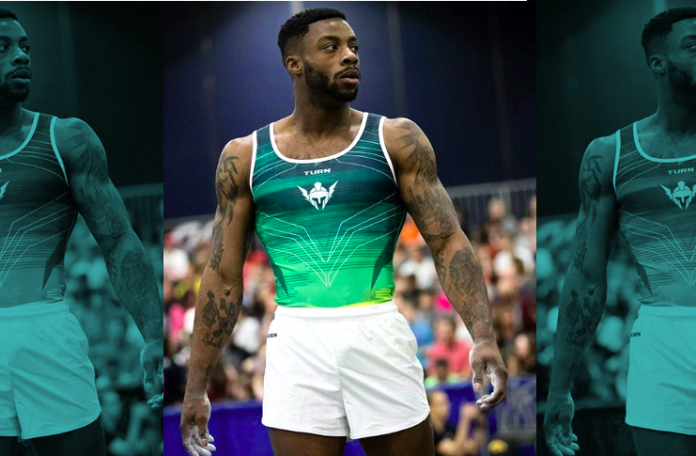 Team USA Marvin Kimble has signed with GymCrew Talent Management. Kimble is one of the nation’s top talents in the mix for the 2020 Olympic Games who trains at Salto Gymnastics Center in Waukesha, Wisconsin and is coached by Andrei Kan.

“I’m excited to have Marvin Kimble on board with GymCrew Talent Management, He is one of the most exciting gymnasts in the world. The future is bright for Marvin and he has shown his value to Team USA on the international stage and we are looking forward to his continued success “ says talent manager Kerry Adderly.
This past April, he won two gold medals at the Pac Rim Championships capturing the pommel horse title. “I always love the Pacific Rim Championships, because that was my first international meet ever (when on the Junior National Team), it’s pretty much home for me. I feel comfortable at that meet. Whenever I go there it’s just another meet for me, said Kimble  “I’ve been to Columbia a couple times, I had an injury and couldn’t do all six (events). So I just settled for pommel horse and the team did what they had to do.”

At the 2017 World Championships Kimble continued his impressive international streak. “Around that time I was pretty locked in. I was in autopilot mode. It was an awesome experience because this was my first time competing at a world championships….I got to go out there and feel what the other guy felt.  I hit my routines. Now people know who is coming up, who to look for. I just wanted to get my name out there and show that I belong”, says Kimble.

The next major competition for Kimble will be the Cottbus World Challenge Cup, which will be held on November 21-25 at the Lausitz Arena Cottbus in Cottbus, Germany. He competed at the 2017 Cottbus Cup and won a silver medal on highbar and will be looking to add to his medals collection. Kimble joins professional gymnasts Colin Van Wicklen, Michael Reid, and Kanji Oyama who are also represented by GymCrew.

Another successful comp with the boys 🇺🇸💪🏾 #OTTN

Add Music to Men’s Gymnastics Floor, Why Not?