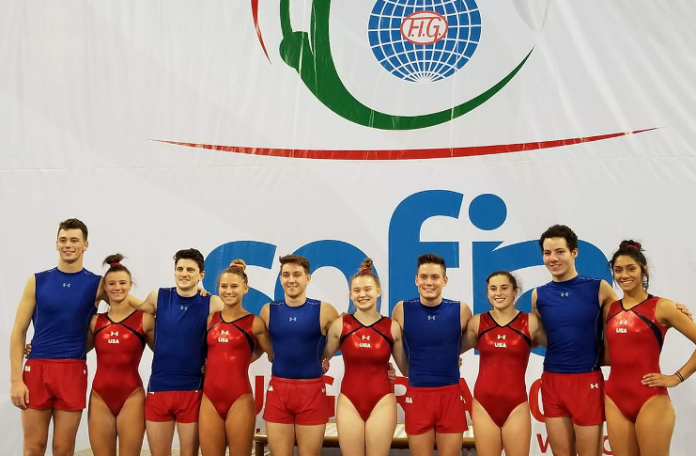 Just two weeks ago, in Sofia, Bulgaria, new World Champions in trampoline, power tumbling and double mini trampoline were crowned.  Although the U.S. Trampoline & Tumbling Teams walked away with no gold medals, the athletes performed extremely well and showed the world that they are a force to be reckoned with in the future.    Many of the U.S. athletes were experiencing this level of competition for the very first time, but despite the pressure, they were composed and gave their absolute best.  The results were mixed and there is always room for improvement, but the competitors from the other countries know that they can in no way sleep on the athletes of the red, white and blue.