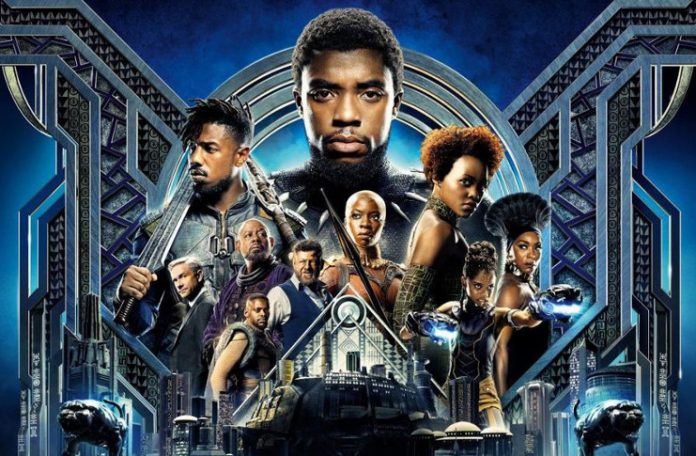 Midknight Robin, Taqiy Abdullah-Simmons, and Kerry Adderly talk about Black Panther and the role that gymnast turned stuntman Chad Crumley had in the film. They also discuss making the transition from sport to entertainment. Jamie Natalie begin left off of the 2000 Olympic Team, is this the biggest snub in U.S. Olympic gymnastics team history?

Jamie Natalie is a former U.S National team member and a highly decorated college gymnast. He won the Nissen-Emery Award 2001 and is a two-time individual all-around national champion with the Ohio State men’s gymnastics team.

Before the meet, Natalie told his coach ‘I’m making the team, I’m going after it.’ Starting the meet on high bar, he scored a 9.9, which was the highest scored routine of the meet. After sticking his landing, Natalie stomped off the podium, slapping high fives and walking up and talking to the camera. Next, on floor exercise, Natalie earned a 9.625. He showed a similar emotional reaction, walking up and down, getting congratulations from other gymnasts and making the outburst “do the math now, baby” in the vicinity of the judges. The NBC commentator said, ‘if you like rah rah in your gymnastics, we have your man, Jamie Natalie of Ohio State’. After five events, Natalie was sixth and faced the parallel bars. He scored a 9.625, his best result on that apparatus during the season. This moved him into fifth in the all around ranks.

2000 was the first year that U.S. selection was not based strictly on the top all arounders. Only the first four all arounders (based on a 60-40 average of Trials and U.S. Nationals) were assured spots on the Olympic Team. Blaine Wilson, Paul Hamm, Sean Townsend, and Stephen McCain were the top four. The last two spots were chosen by a committee. They chose Morgan Hamm and John Roethlisberger, who had finished sixth and seventh, respectively; Natalie was named as the alternate.

After the announcement, Natalie and Roethlisberger were stunned. Roethlisber pulled Natalie aside for a private conversation before the team answered questions. When he emerged, Natalie told the press:

They could just pick the top six guys, but that might not be the best team. You have to put the best team on the floor. I can see where they’re coming from. Morgan is absolutely great on floor and vault. And John is great on the other four events. It’s a no-brainer.

The head of the selection committee and the coach for the 2000 delegation was Peter Kormann, who had been the Ohio State coach until Natalie’s freshman year. He said the committee had only considered the value of all gymnasts on different events in order to help the team, and not the all around scores after the top four were chosen.

We went with the guys we thought could get the job done. It’s not because of brothers like the Hamms or personalities. This was about what was best for the team. This is the team we believe can bring home a medal.

Later after the athletes had met with coach Kormann, Natalie said: “I’m just chilling, No, I don’t think the process was flawed. I had my best night and it just wasn’t enough. They had the numbers. I’m happy to be the alternate.”

Raj Bhavsar, an Ohio State teammate of Natalie’s had also competed at the 2000 Trials and said: “I feel for him. Deep down, I always thought he would be one of the guys. I wish he was. He would never have been a wrong choice. He’s a great competitor and a great guy.”

“I’m a little sad. I’m not happy with how John did it. I have a lot of empathy for Jamie Natalie. A big part of John’s emotion up there was because of how he felt about Jamie. It’s not an easy thing to accept for him or for me.”