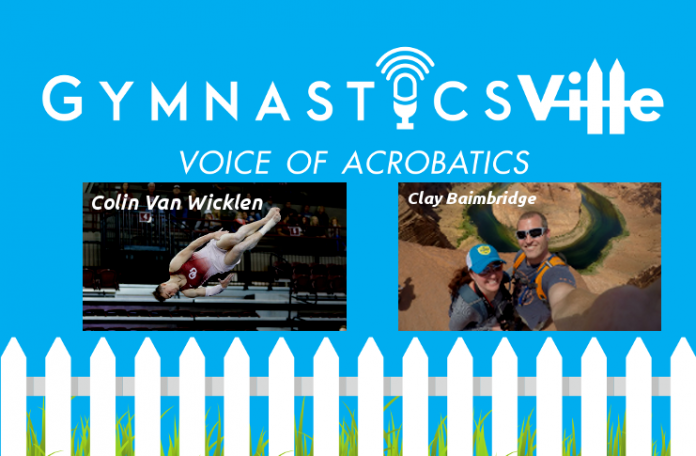 2016
Competed in every meet for Oklahoma in 2016 … Won the national title of floor after posting a 15.300 on floor at the NCAA finals … Earned All-America honors on floor and vault … Finished third on vault at NCAA finals … Won nine event titles on the year, including four on floor and one each on vault, rings, vault, high bar and the all-around … Notched career highs in every event and in the all-around during the year … Logged a career-best 15.900 on floor in the first meet of the year … One week later notched his career high in the all-around at Michigan with an 87.450, which included a career-best 15.500 on vault … Set a career high on high bar in OU’s home meet against Minnesota with a 15.500.

2015
Competed in nine meets, performing on all six events … earned two All-America honors for placing second on floor exercise (15.600) and seventh on vault (14.775) at the NCAA Event Finals … won six individual event titles, with four coming on floor and two on vault … set a career-high score of 15.900 on floor vs. No. 2 Illinois to help OU set the NCAA team scoring record … placed first on vault with a career-high 15.500 against No. 5 Michigan … also posted a career-high on the rings with a 14.6000 against Michigan.

2014
Earned All-America honors on floor and vault, finishing sixth and fifth, respectively … took third on vault (15.200) at NCAA Final to qualify for individual finals … two-time MPSF Gymnast of the Week (Metroplex Challenge, Ohio State) … competed in every meet … won four event titles, including two on vault and one each on floor and high bar … scored career high 15.550 on floor at Metroplex Challenge … had career highs of 15.300 on vault and 15.200 on high bar at Ohio State … scored 14.600 on still rings at Rocky Mountain Open in his only appearance on the season on the event.

Is the FIG mishandling the inclusion of a new Parkour obstacle...

UCLA Gymnastics, Who will be the next head coach?