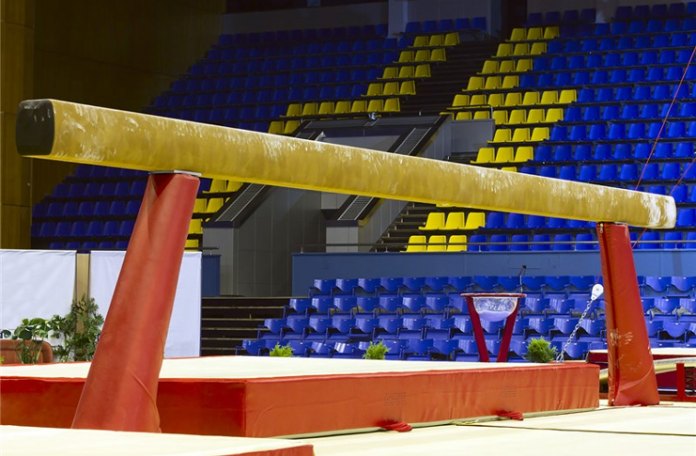 I am ready to join the conversation in a way that is more than saying I support all the victims of Larry Nassar, in what is now being considered the worst abuse scandal in American sports history.

It goes without question for those that know me that I truly care about the happiness of others, what we offer to the success of others, and the happiness we can spread by being our best selves to those that we encounter. So believe me when I say that I support all the women and children who were abused. Some of these women I know, and I just wanted to share my support and wish you continued strength and healing.

I love gymnastics. I love what it has done for my life and what I have been able to experience because of my ability to flip. Gymnastics was a tool that I used to better my life and has been a driving factor of why I am where I am today as a person.

Let’s get to it, I know people in the community were upset about the Sports Illustrated article titled “American gymnastics is no longer a sport. It’s a conspiracy of pedophiles and their enablers. And every coward who enabled serial abuser Larry Nassar deserves to pay.” In first reaction, I was like agh you’re wrong, but then I stopped and started to think. I generally try to understand the other side of situations so I can better understand why one would view something and so therefore I am not quick to judge. And after doing that, I don’t think this is a far fetched title. We have a SERIOUS PROBLEM in AMERICAN GYMNASTICS. 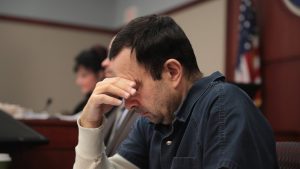 In the headline it says “No Longer a Sport”. In the eyes of everyone outside the Gymnastics community before the abused became international news, American Gymnastics had been viewed as a super hard sport – one that the common person couldn’t understand, and American Women were amazing at. Women’s gymnastics was the Sport. It was a women’s sport. And all the males out there know that if you grew up as a gymnast, at some point you would get made fun of for it. So again, Gymnastics in America was Women’s gymnastics. And now with the scandal, the outside community in the foreseeable future will now assume that most female gymnasts could have suffered abuse in some shape or form. I’m sure female gymnasts have been asked more than ever, did this stuff happen to you? And for that, I feel horrible for my sport. But that is what American gymnastics is known for presently. The outside community for the foreseeable future will associate gymnastics with abuse. So YES, we have lost our sport to ABUSE.

But can we change the past? NO. Everyone needs to be held accountable for the state in which the sport is in now. EVERYONE including myself. I can no longer stay idle and not speak about the issues. 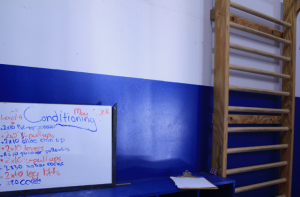 To the Women’s gymnastics community, being at your club meets as a coach made me uncomfortable too many times. Not for me being a male, but for some of the situations I witnessed while coaching at meets. I obviously grew up doing men’s gymnastics and that’s all I knew until I started coaching women’s club gymnastics shortly after leaving college. During my 4 seasons as a women coach I had coached girls from levels 2-10, and I have to say my overall experience of it was one that I did not love. I saw too many times girls being belittled, shunned, yelled at, and doing gymnastics that was far outside of their gymnastics range or development. And obviously this was not every coach or every club by any means, but it was too frequent to not think the sport had some serious cultural issues.

The culture that stemmed from USA Gymnastics is heavily at fault for this in my honest opinion. A culture that only cared for Olympic success more than all else is to blame for this. The culture that was more concerned with the top-down approach instead of starting from the grassroots. A culture that thought that if they put all the attention to growing champions, it would bring people to the sport instead of helping grow the sport from the bottom-up. The culture of USA Gymnastics rode on the back of teenage girls to fill their pockets, feel the success of winning without TRULY caring that these young women were being mentally and physically abused in the process. They did not look out for these girls or athletes. It was the most selfish thing an organization could do. Children are our future, and will always be. And to not have an ounce of care of the culture in which the winning was done, is honestly unforgivable. Female gymnasts have to be some of the strongest women ever to endure what they had to. I have nothing but respect for what they endure. Gymnastics is already hard as hell, and to deal with the mind games that coaches play and the pressure girls’ parents place on their shoulders, it’s amazing – plus most are outstanding students as well. GET IT GIRLS!! Shame on USA Gymnastics for snatching the identity of what the sport truly is. They have made it hard for female gymnasts to not be questioned about their time as a gymnast, and for that, ‘shame on you’. They stole what the public associates with gymnastics and for that, I cannot forgive them.

On the men’s side we struggle from the same top-down structure but with a quarter of the women’s success. I’m sure most on the men’s side feel like we have been in purgatory with the lack of newness in any shape or fashion. I have seen a community that lacks true unity because the system leaves them feeling bitter about their time in the sport. A community that doesn’t give back as much as one would hope, but I do not blame them. Our greatest gymnasts had to fight for the little that they got and left without feeling valued or respected. 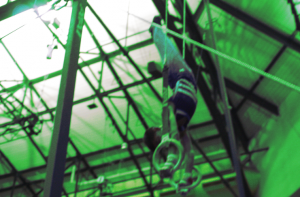 The entire men’s community follows from afar. I know this because I was one of them, and I continually speak to those that only watch from afar. I have seen the great decline of NCAA programs and the great alumni with those programs. A community that wants to be close but has no direction. A community where the few voices that do speak, are rarely received or respected and are quieted for going against the grain. A community that makes excuses for our failures without owning up to our own short comings. I witnessed a Jr. National Championship Competition last year that did not have an awards podium! Obviously that seems small in terms of the current state of gymnastics, but really, imagine working all year for the biggest competition with the best in the nation, and the organization doesn’t care to make it an enjoyable experience. We have strayed so far away from what really matters, its a shame. We need to start caring about the people participating in the sport and welcoming everyone to a healthy, fun, and safe environment for all. One that leaves participants with a positive memory so they want to stay with the sport, want to give back, and want to grow the sport. The time is now to take our sport back from those that used gymnastics for raises, bonuses and credit. The sport needs to go back to the participants and the true lovers of the sport. Stop the “win at all cost” mentality and understand that each person is a person who has feelings and will grow to be a person that influences another person. Do your part and be better for everyone!

American gymnasts we must be heard NOW! Now, I am part of the discussion!

My Adventures in GymnasticsVille: Mic Check

Shawn Johnson East is disgusted with the culture of USA Gymnastics