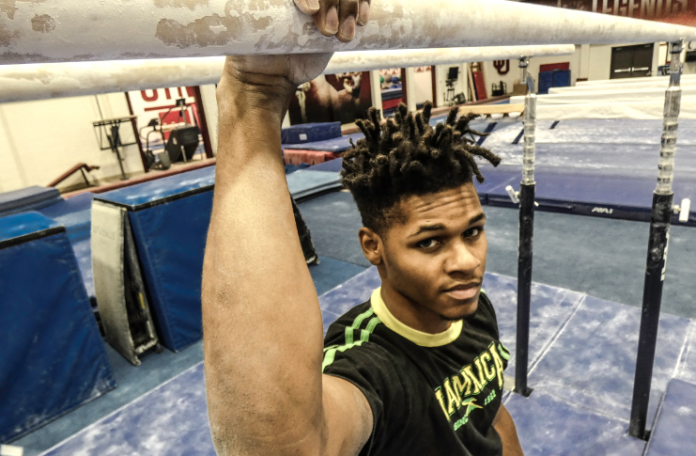 At the 2019 World Championships in Stuttgart, Michael Reid will be looking to compete on the international stage for Jamaica. Last month, Reid signed with GymCrew: a talent management company. GymCrew was established in 2008 by Taqiy Abdullah-Simmons and Kerry Adderly.

Over the last four years a lot of talk has been going around about the Oklahoma men’s gymnastics team dominance in the college ranks. This was not the case up until 2015 when Michael Reid and the Sooners won it all and got them back to their winning ways. OU went through a six year championships drought and finished runner-up four years in a row from 2011-2014. Michael Reid provided the consistency and leadership which lead to a breakout year in 2015 and captured the pommel horse national title. While most gymnasts retire following their collegiate career, Reid is determined to reach even higher and compete on the world stage.

“It’s going to be great to represent Jamaica and be apart of their team. It’s a young federation and that will be an amazing opportunity.  For me, it’s also a way to put my final stamp on my career. Says Reid. “I have a couple different goals, a couple of skills i’m hoping to put a name on next season and I think this would be a great way to do it.  World Championships is one of the competitions that they do and the Commonwealth Games.”