The High Desert Yardbirds are a Professional Baseball Team in the Pecos League of Professional Baseball Clubs. High Desert is a name used to define geographic areas of southern California deserts that are above 2,000 feet (609.9m), and below 4,000 feet (1219.2m) in altitude. The High Desert generally refers to areas of the Mojave Desert. The term “High Desert” is used commonly by the news media, especially in weather forecasts, because of the high desert’s unique and moderate weather patterns compared to its low desert neighbors. High Desert has also been incorporated into the names of businesses and organizations in these areas.

Prior to UCF: Lettered three seasons at Winter Park High School for head coach Bob King…Named the team MVP as a senior, and was honored with the Charlie McAllister Award for leadership…Finished career with a .347 average, scoring 62 runs and collecting 15 doubles, three triples and seven homers…Had a .337 average during the final season at Winter Park, driving in 28 runs and recording three homers…As a junior, notched a .347 batting average with 20 RBI and three home runs…Batted .357 as a sophomore, driving in 11 runs and scoring 14 times…Named a 2006 Puma All-American by Team One and Baseball Factory…Played for the Florida Bandits 2005 showcase travel team.

2008 (Sophomore): Led the Knights in numerous offensive categories, including batting average (.367), homers (nine), RBI (49), total bases (103), slugging (.609), on-base percentage (.447), OPS (1.056), sac flies (seven) and hit by pitches (14)…Sacrifice flies are tied for fifth in single-season history and HBP are seventh on the charts…Scored 39 runs, belted 14 doubles and stole two bases..Collected 14 two-out RBI, 16 multi-RBI games and grabbed the RBI 19 out of 20 times when faced with a runner at third and less than two outs…Started the year at first base for the injured Kiko Vazquez and went on to start 32 games at the position before switching over to third to end the year…Posted a fielding percentage of .985…Hit safely in first 12 games of the year…Batted .500 in the FAMU series (Feb. 22-24) by going 6-for-12 at the plate with five runs scored, three doubles and seven RBI…Drove in two key runs in the seventh inning vs. Missouri (Feb. 25)…Crushed first collegiate homer against JU (March 4), which tied the game at 4-4 in the seventh…Recorded a three-run homer vs. Monmouth (March 7)…Notched three hits and two RBI against Monmouth (March 8)…Combined to go 5-for-6 with six runs scored, four RBI and a two-run homer in the DH vs. Siena (March 15)…Posted three hits, two doubles and three RBI against Siena (March 16)…Blasted out three hits with a double and three RBI at FGCU (March 26)…Homered against ECU (March 29)…Missed 10 games April 6-20 due to an injury…Crushed two solo homers vs. UAB (May 9), the first tied it at 11-11 in the eighth and the second even it up at 12-12 in the 10th…Went 3-for-4 with a double and a run scored in the outing vs. the Blazers…Had two hits and a run vs. Clemson (May 16)…Spanked two home runs in a three-hit game vs. Clemson (May 17)…Doubled in a two-hit game with a run vs. Southern Miss in the C-USA Championship (May 21)…Drilled a two-run homer in a two-hit game at Tulane in the C-USA Championship (May 23).

2007 (Freshman): Racked up a .267 batting average with 16 runs scored and 12 RBI…Also had four sacrifice bunts, four doubles and a triple…Made 12 starts at catcher, seven at DH and five at third base, while seeing time in 38 total games…Had a 2-for-3 affair with a double and a run scored in the C-USA Championship vs. Rice (May 23)…Doubled and walked at ECU (May 12)…Drove in a run on a pinch-hit single vs. Stetson (May 2)…Connected for two hits and a run scored at Florida (April 10)…Went 2-for-3 with two runs scored at USF (April 3)…Recorded a hit and a RBI vs. Harvard (March 26) and UAB (March 30)…Cranked out two hits vs. Houston (March 24)…Was 2-for-3 with two RBI and a run scored vs. Rutgers (March 18)…Notched a base hit and scored a run vs. Rutgers (March 16)…Drilled a three-run triple in the second inning vs. Army (March 13)…Went 1-for-3 with two walks and two runs scored against UMass (March 11)…Walked, stole a base and scored a run vs. Northeastern (March 7)…Singled in a run and scored the game-winning run vs. Monmouth (March 3)…Gave UCF the walk-off win over Michigan (Feb. 27), singling with the bases loaded in the 10th inning…Started at third base at LSU (Feb. 25), and connected for the game-winning RBI in the eighth inning…Came off the bench to go 2-for-3 with a double and a run against Maryland (Feb. 16). 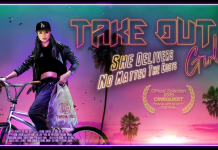 What A Brown Could Do For You | YardBirds